We know, it’s still a few months to go to St. Patricks Day. But Sunday March 17th it’s the Irish party that takes over the world. And by now it’s  tradition that Alec Bradley releases their Black Market Filthy Hooligan barber pole internationally. One of the countries that will surely get them is Switzerland. The Royal Cigar Company has let Ministry of Cigars know that the Swiss retailers can now pre-order the cigars. The cigars will be distributed in time before St. Patricks Day.

Like every year, the Black Market Filthy Hooligan is a 6×50 Toro. And again, like the last few years, Alec Bradley decided to go for a barberole with Panamanian and Honduran wrappers instead of a full candela Filthy Hooligan. That only happened in the first two years of the Filthy Hooligan. A box of 22 will cost CHF 231, that means CHF 10,50 per cigar. 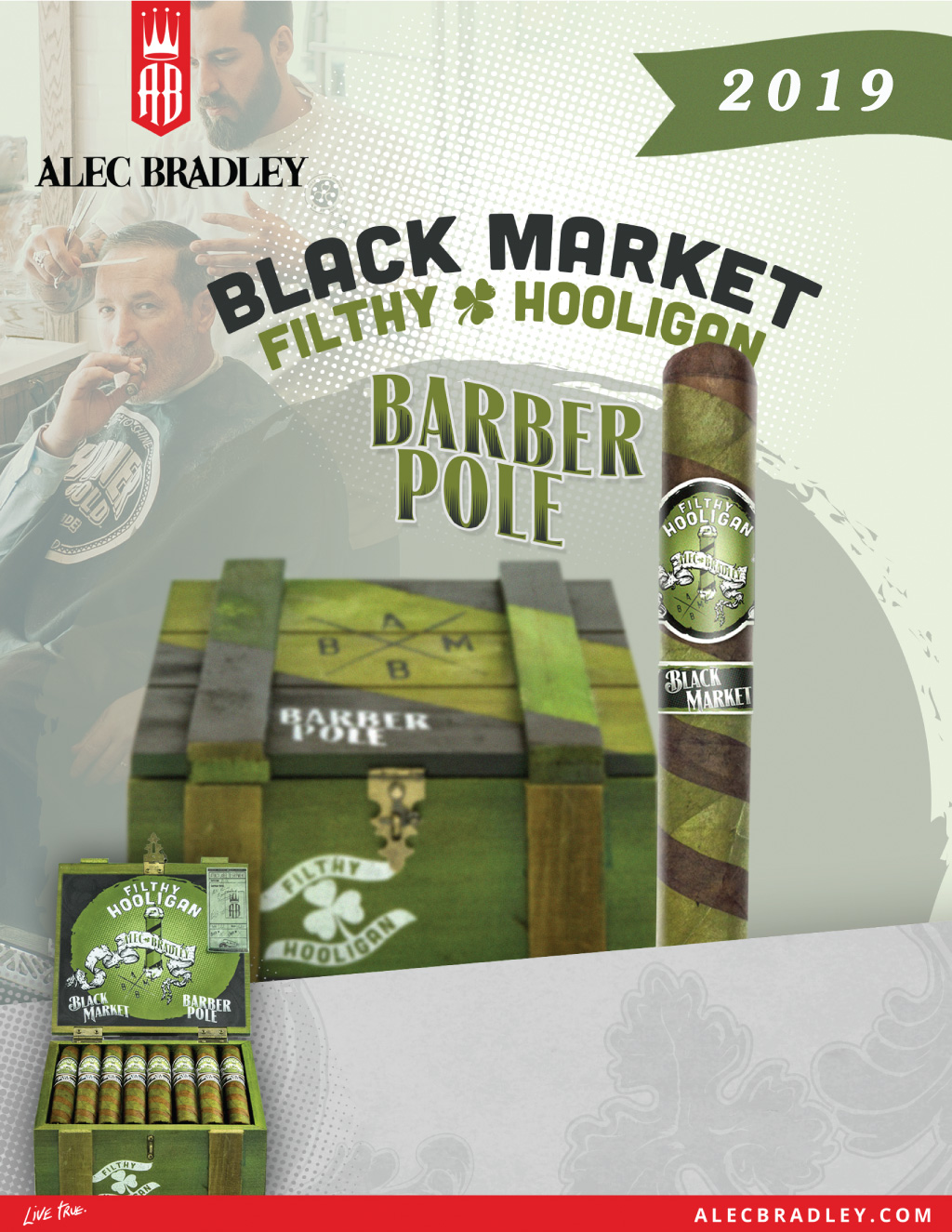